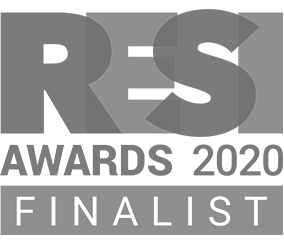 Sigma, the PRS and regeneration specialist, is pleased to announce the second phase of its Private Rented Sector (“PRS”) delivery with Gatehouse Bank plc (“Gatehouse”). Gatehouse is being supported in this initiative by the Kuwait Investment Authority and institutional shareholders from the State of Kuwait, with the UK government also endorsing the programme. The new phase will deliver a further c.900 new rental homes across ten sites in the North West of England and has a total development cost of £114m. This brings the current total development cost of new PRS homes underway with Gatehouse to over £200m.

Sigma and Gatehouse management, as well as representatives of the Kuwait Investment Authority, attended an event at No. 10 Downing Street last night, hosted by Lord O’Neill of Gatley, Commercial Secretary to the Treasury, and the Regeneration Investment Organisation (RIO), which is part of UKTI, to mark this major commitment to new housing in the UK.

The second phase of housing is part of an overall target of up to 10,000 new rental homes to be constructed over the next five years to create a £1bn PRS portfolio, as previously announced on 3 June 2015. The scale of Sigma’s activities with its partners in this tenure positions the Company as a leading participant in PRS in the UK.

The new homes will be located across Greater Manchester and Greater Liverpool and construction has already commenced. As with the first phase, Sigma’s PRS delivery partners are Countryside Properties and Central Lettings Solutions (previously called Direct Lettings Limited).

Sigma is currently identifying sites in new regions, including the Midlands and the South of England, for future phases of the programme.

The first phase of Sigma’s PRS programme with Gatehouse, which commenced in November 2014 and comprises 918 new homes, continues to progress well. By the end of December some 350 units will have been completed across 15 sites, with four sites fully complete and a further four currently in the process of completion. As previously reported, demand is very strong and completed homes are renting well ahead of original forecast levels.

Lord O’Neill of Gatley, Commercial Secretary to the Treasury, said:

“The Northern Powerhouse is becoming a bigger attraction for foreign investment and this announcement highlights the important role it can play in delivering much needed local infrastructure. This development will not only offer hundreds of new family homes across the north but it will also support vital regeneration projects in some of our great northern cities.

“Improving the flow of international capital into the UK is a key part of plans to build the Northern Powerhouse and this investment from Kuwait is very welcome news.”

“Today’s announcement reinforces Sigma and its partners’ position at the forefront of private rental housing development in the UK.

“We are delighted to have the continued support of the UK government and sovereign shareholders from the State of Kuwait as we launch the next phase of our collaboration with Gatehouse. Together with our partners, we will be delivering a further 900 high quality family homes across Greater Manchester and Greater Liverpool. Our efforts to increase the supply of rental housing and assist with the regeneration of these areas will serve to increase the appeal of the Northern Powerhouse, making it an even more attractive place for UK workers to live with their families.

“The second phase of our collaboration with Gatehouse is part of our wider objective to create a £1bn portfolio of rental homes across various UK regions including the Midlands and the South of England over the next four years or so.”

“Our activities in PRS are a major strategic initiative for Gatehouse and further position the firm as a leading provider of institutional-quality real estate investments. I am extremely pleased to see our investment activities further bilateral relations between Kuwait and the UK.”

“We are delighted that the work we have supported over the last year has culminated in a successful investment transaction of significant scale. Following on so quickly after the RIO Islamic Finance portfolio launched by the PM in the summer, this shows the confidence in the UK, and supports its position as a leading Western location for the creation of IF compliant investments. We look forward to other institutional investors following the lead into this sector.”